The New Brunswick Fish & Game Protective Association (N.B.F & G.P.A)was incorporated on March 17th, 1924. The application for the charter of incorporation was signed by 27 founding members. They were all from the Saint John area and represented many occupations. These included, Medical Doctors, Barristers (Lawyers), Civil Servants, Clerks, Engineers, Merchants, Journalists, Sportsmen, Painters and Guides.

In the application the following purposes for the new Association were set out:

The formation of this organization represented a very significant contribution to the conservation movement for the next 84 years. Our founders were motivated by a genuine desire to preserve the natural resources of our province for future generations. The record of activities and achievements in the promotion of conservation over the ensuing years is ample proof that the vision and dedication of the Founders has been rewarded, and the organization they founded has not only survived but has been a very constructive force in the field of conservation of our renewable and non-renewable natural resources.

A review of the N.B.F & G.P.A minute book for the period 1924 to the 31st Annual on September 11, 1955, makes fascinating reading. At the first AGM held on April 16th, 1925 the following were some of the recommendations made to Government:

In September of 1927, the Association expressed concern over the protection of salmon on the Miramichi River System. At the same time, it went on record as being opposed to the leasing of Crown Land or water adjoining Crown Land for exclusive hunting and fishing rights. Also, the Chief Game Warden announced that all members of the Association would be Honourary Game Wardens to assist in the protection of fish and game.

In 1930, the N.B.F & G.P.A was authorized by the Government to issue seasonal trout permits to its members. In 1933 a program was undertaken to raise ringneck pheasants and 2,200 eggs were hatched that first year with the pheasants being distributed to Branches in locations where habitat and climate conditions were suitable. This project operated until 1950 and is responsible for the many pheasants that are found in such areas as southeast New Brunswick.

In 1940, the Association has 36 Branches throughout the province with 7,000 members.

In 1952, the N.B.F & G.P.A joined the Provinces of Prince Edward Island and Nova Scotia to form the Maritime Wildlife Federation. The purpose was to unite the conservation conscious sportsmen with similar interests and concerns and present a united front when dealing with matters of mutual interest.

In 1965, the name of the organization was changed to The New Brunswick Wildlife Federation (NBWF). This change resulted from the creation of a national body named the Canadian Wildlife Federation and the thought that more could be accomplished by being affiliated with all Provincial and Territorial sportsmen’s groups.

Over the years, the N.B.F & G.P.A, and its successor, the NBWF, have been front and centre when issues concerning our fish and wildlife and its habitats were being presented.

In 1941, the N.B.F & G.P.A passed and interesting resolution concerning “Riparian Rights”. It stated:

“That the Provincial government begin a program for making all streams and waters in New Brunswick open to the public for fishing privileges, along with the cancellation of all fishing rights on old grants, making it illegal to sell land along a stream thereby prohibiting access to the stream by the public for fishing purposes.”

Amazing that 67 years later we are still fighting against exclusive fishing rights.

Over the years, the organization has put on sportsman’s shows, conservation suppers, heritage camps for children, BOW camps for women, published newspapers and written thousands of letters in support of our fish and wildlife.

A brief historical sketch must include a further list of our activities:

As Delegates to this 84th Annual Meeting of the N.B.F & G.P.A / NBWF, we should be ever mindful that we are only the present carriers of the torch. We follow in the footsteps of those who, since 1924, have stood tall to ensure there would be fish and wildlife to be enjoyed by future generations. It is our task to make our best efforts to ensure our children and grandchildren will have the opportunity to enjoy and benefit from the quality outdoor experiences we have inherited from those we followed.

Past President and Life Member 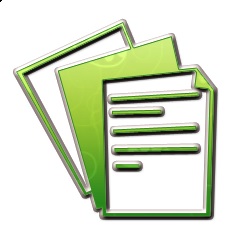